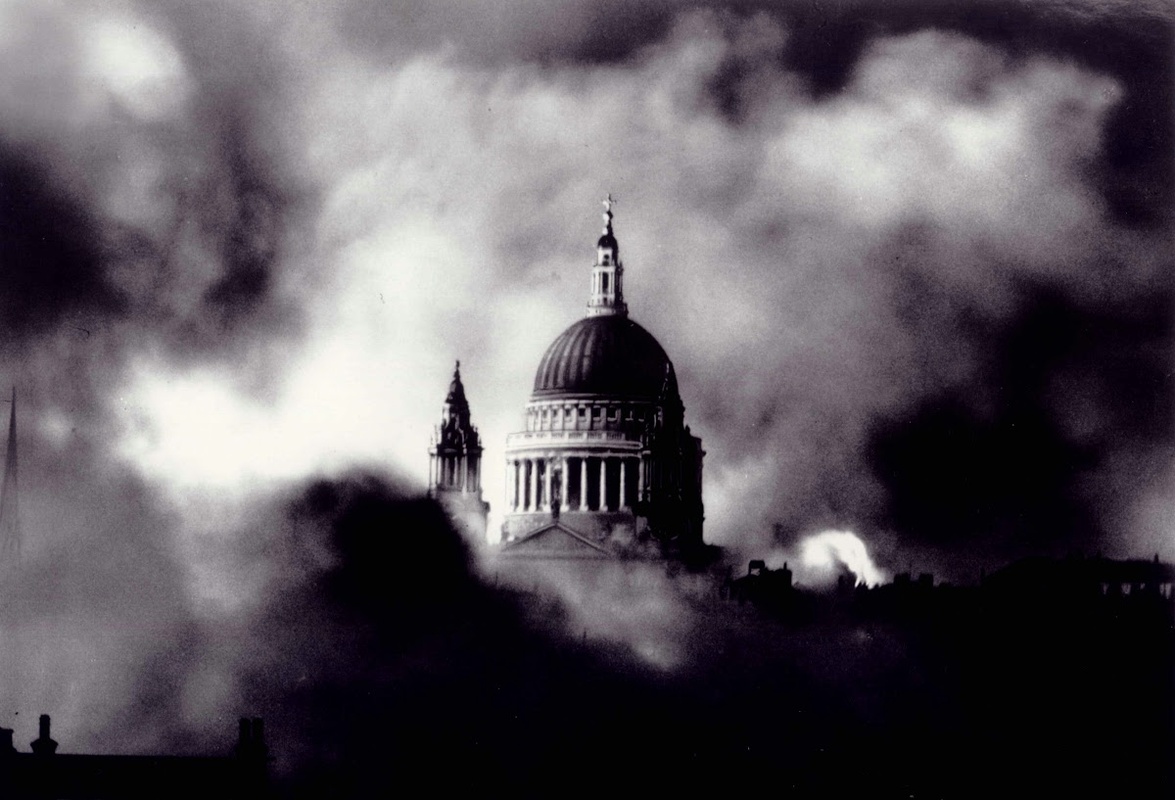 Marilyn Greene is a museum curator and educator. She was curator of Hampstead Museum, Burgh House

This walk takes you through one of the most severely bombed area of the City of London, mainly north of St Paul’s Cathedral. By the end of the Second World War a quarter of the City’s dwellings

Had been destroyed and 565 people killed or severely injured. We will hear stories of trying to rescue buildings during the Blitz; take a look at some of the historic buildings that were damaged but now remain as monuments or have been restored or rebuilt after the war and we will see how later excavations on bomb damaged sites revealed key archaeological findings. Comparing contemporary maps with those of today, we can also see how the Blitz led to the re-planning of a far more spacious City.

Marilyn Greene is a museum curator and educator. She was curator of Hampstead Museum, Burgh House from 1998-2006 and worked in the learning department of the Victoria and Albert Museum from 2000-2013 and more recently at London Transport Museum. She has been guiding locally for many years on history, art and architectural themes and qualified as a City guide in 2015. She particularly enjoys talking about the architecture and landscaping of the City. Marilyn leads student teaching tours; tours for locals and tourists, and virtual tours and is member of the co-operative guiding company Footprints of London.

To book your place on this event, please click here